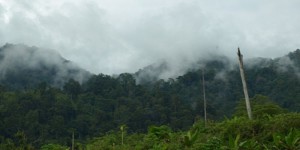 Located in Minahasa Peninsula, Bogani Nani Wartabone has broad approx 287,115 hectares. Bogani Nani Wartabone is included in Wallacea zone, a biogeography zone which is also a convergent zone of Australia and Asia zone. Hence, there are many unique characteristic of flora and fauna, as well as the ecosystem in this park.

As protected forest, Bogani Nani Wartabone has rich biological diversity. It is also a habitat for various flora and fauna. Most of them are endemic species of Sulawesi Island.

The beauty of this national park won’t make you bored, because in this park area, you will also able to visit some wonderful tour objects. Of course, these places are nature tour object, because it surrounded by the shady forest of the national park. Besides the amazing view, you can enjoy the fresh and pure air. Below are some tour places in Bogani Nani Wartabone National Park:

Besides as a tour place, Bogani Nani Wartabone is also suitable for other activities such as camping, hiking, river fringing, and photo hunting.

If you plan to visit or to explore Bogani Nani Wartabone National Park, it is suggested for you to visit on May-September, because at these months, the park is in dry season. You can find many Sulawesi accomodation near national park too, such as Wira Cottage and Hotel Wisata.